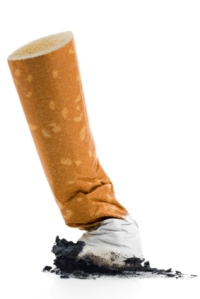 August 6, 1996, I had one of those “defining moments”.  I decided that I just couldn’t smoke another cigarette.

Oh, I still WANTED one.  Badly.  But I was done being a smoker. Mostly, I was sick of how it made me feel.  Not at the moment I was smoking the cigarette – but the next day.

People start smoking for lots of reasons.  To be cool.  To be rebellious.  Because their parents or grandparents did and it was just the “norm”.

But once you’re hooked, the destruction begins.  And it’s so hard to stop!

Well, on October 15, 2010, I had another “defining moment”.  That was the day that I realized what a disrespectful, dishonoring, critical wife I was.  And that was the day I decided that I just couldn’t be that wife anymore. 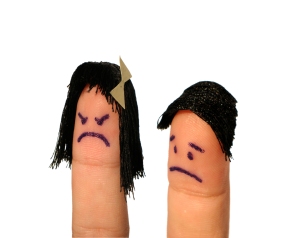 I was done being disrespectful.  I was sick of how it made me feel.  Not at the moment I was spewing my poison – but later – afterwards.

And I was sick of what it was doing to my marriage.

When I realized what a CANCER my habit of disrespect had been to my marriage over the years, I was DONE.

Wives start being disrespectful for lots of reasons.

Some of it just has to do with personality (aggressive versus passive, uptight versus easy-going).

A lot of it has to do with “the fall”.  In the garden after Adam and Eve ate the apple, God said (to the woman) ” Your desire will be for your husband, and he will rule over you”.   This takes the form of woman’s resistance to headship of the man (control by the woman/resistance of man’s leadership) or her co-dependency on the man (idolatry – relying on her husband to meet all of her emotional needs).

Some women were actually taught disrespect.  Not on purpose.  But by watching their disrespectful mothers.

A lot of disrespect is a natural (but unGodly) reaction to feeling unloved.

And a lot has to do with feminism and the distorted view it has given us of “equality”.  It’s like it started this ridiculous competition in marriage that was really just meant for the workplace – equal pay for equal work.

Whatever the reasons are why we become disrespectful, the problem is that it can be as addictive as the nicotine in a cigarette.  And although, on some level, we know that it STINKS, we find ourselves taking a drag once again and often feel powerless to stop it!

The only way you CAN stop is with God’s help.

The first thing to pray for is awareness of  what you are doing now that IS disrespectful.  Being aware is like 90% of the battle (not a researched statistic :)).

I highly recommend the books Love and Respect, by Emerson Eggerichs and For Women Only by Shaunti Feldhaun.

But the book that had the biggest impact on me in the area of disrespect was The Surrendered Wife by Laura Doyle.  I wish so badly that it was a Christian book but it isn’t.  The closest Christian book to this one is The Politically Incorrect Wife by Connie Grigsby and Nancy Cobb.

But if you have control issues – which comes out as BUCKETS of disrespect to a man – and you only have time to read one book, read The Surrendered Wife.

As you read these books, you will see this big, huge lightbulb go off over your head and you will WANT to stop.  Pray for God to give you the strength to stop the disrespect and the wisdom and courage to start being respectful.

You are going to be amazed at what respect does for a marriage!

I’m happy to report that I have never picked up another cigarette since quitting over 17 years ago.

The respect thing, while HUGELY improved,  is a work in progress and will be until “death do we part”.  But as Joyce Meyer says, “I may not be where I’m supposed to be, but thank God I’m not where I used to be.”

When I slip up, I recognize it the minute I’m doing it, apologize, brush off the ashes and try again.

Thank God we serve a God of second (and third and fourth…) chances!

Merrie Beth Day is a marriage speaker in Fort Lauderdale, Florida. She learned, first hand, about the powerful influence women have to build up or tear down their homes. She went from being a foolish woman who tore down her home with her own hands to a wise woman who built it back up with God's help! The Wise Woman Builds! She and her husband Courtney have been married for over 20 years and have a teenage daughter and son.

My Heart is at Home

All things faith, home, and family

Learning to Dance with Desire

Marriage, Motherhood, and Minding what Matters Most

What to Say & How to Say It - Connect with God, yourself & others, create mutually respectful relationships

Discover God's beautiful design for you as a woman and wife!

A higher drive wife blogs about sex and marriage